We have personally conducting hunts for 34 years for buffalo with Jim as your Ph. since a knee replacement Jim doesn’t do the guiding himself as his first concern is always the safety of the hunter and he doesn’t consider himself as agile as he needs be hunting these dangerous old boys. We currently work with other professional outfitters  conducting hunts in private areas north east and south of Darwin, these wild areas are hundreds of miles in areas and have large buffalo lots of wild boars. Scrub bulls donkeys and trophy boars are available, with Banteng on the northern region. We access further areas to hunt Banteng. Wild boar are available on all areas best at the later times of the year when it is drier.

The flood plain regions are  pristine hunting regions of 100000 acres with ocean frontage. Land transfers are included in the rate ,but the floodplains region situated 120 miles east of Darwin is an optional stunning  20 mins by light aircraft or helicopter. It is a photographers paradise with stunning scenery and animals such as crocodiles, kangaroo, wallaby, dingo, goanna and countless wetland and forest birds.

There are herds of buffalo and the millions of types of wild birds that flock on the flood plains will amaze you. In all areas you will see abundant game daily and have plenty of opportunity to take superb trophies.

All hunts depart from Darwin .by 4wd , planes and helicopters can be hired at an extra rate No hidden extras in prices so you don’t get those sometimes unexpected  expensive  add ons, which add up.

Hunting Season: The best hunting times are between Late May to October. The very best times being in the middle of this time in the drier winter months and the optimum hunting time for pigs is at the end of season when it is drier. you can hunt outside these times but helicopter may needed to access wet isolated regions depending if it is a late or early “wet season”.

How we hunt: The main scouting for the herds of buffalo is done by 4wd. And then followed up on foot for closer inspections. The buffalo are abundant in our hunting area. We often see many grazing on the flood plains surrounded by thousands of wild geese and other abundant bird life and mobs of feral pigs. There are also lots of crocodiles to be seen as they bask on the sides of billabongs and swamps. Freshwater fishing is also available on the hunts for an extra fee. The native Barramundi an exciting fish to catch and delicious to eat.

Over the 34 years we have been hunting buffalo we have taken over 300 buffalo and haven’t  taken any buffalo under 90 sci points. Our trophies average on the whole 100 sci points. These 2000 lb animals make a magnificent trophy and they have a number of different horn shapes from curves to sweepers. We have also hunted white buffalo from time to time over the years but these are particularly uncommon.

We also use another concession in a close area to where we hunt the buffalo to hunt banteng . These exotic animals are only available to hunt in Australia no where else in the world. Crocodile trapping is also optional extra on the hunts.

Here in the north of Australia as we hunt on the coast it’s humid and also the temperatures range from 25-35 degrees Celsius in the winter months [June to August].

What Else Can I do in the region?

Yes (for an additional fee)

Join our hunting club and save! 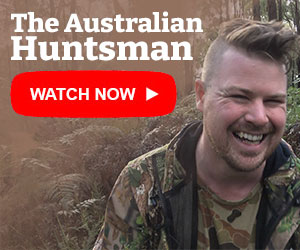 You’re advised to bring shady hat and light long trousers for hunting in. Cool casual clothing, light weight walking shoes. Sunscreen and insect repellent are advised also. Casual clothing with jackets for early morning and in the evening is recommended .Camo is recommended. In the Buffalo hunting region  camo gear with light weight gauze netting t shirts are great also insects here are a bit of a bugbear. Remember our voltage system is 240 and we have different plug formations so keep this in mind when packing.

A booking fee of 50% of daily rate is necessary to secure booking dates and is usually paid on booking unless prior agreement . A booking form is required to be completed. Balance due on hunt commencement. A confirmation letter and receipt will be sent to you once a booking deposit is paid. This will confirm details of safari. Cancellation fee of $100 up to a month out from hunt commencement but refunds can be given up to 4 months prior to hunt after this date no refund but alternative dates can be worked out at the mutual consent of outfitter and hunter. Payment by bank transfer or credit card . There is a 2 day hunt minimum Fees includes meals and accommodation, experienced guides, [field preparation of hunting grounds] assistance with processing visitors firearm permits.
Deposit is fully refundable

The accommodations are some of the most comfortable available on buffalo safaris in Australia. Flood plain camps feature are air-conditioned cabins with private facilities. Making it a comfortable option for those that wish to bring their wives along.  Hunters have air-conditioned cabins with their own bathrooms and tea making facilities. The eating area is a separate screened area with an adjoining kitchen area with fans and air conditioning . Generator power is 240 volt.  Meals are made from deliciously prepared fresh local produce

If we travel south inland to hunt the scrub bulls, boar and buffalo then we use very comfortable safari tents.

Before you reach out please note the following:

(1) All enquires are sent directly to the guide, and it’s the guides responsibility to get back to you. Given guides are often out hunting in remote locations sometimes they can sometimes be slow in responding. Please be patient when awaiting a response.

(2) It is not uncommon for guides to be booked out 3-6 months in advance. Please keep that in mind when requesting prospective dates.

A problem was detected in the following Form. Submitting it could result in errors. Please contact the site administrator.

Have you found something wrong or misleading in this listing? Report it here.

Join the adventure, join our hunting club!​ We are diverse and authentic community of likeminded Aussie hunters who care about hunting & the life and fullness it provides. New hunters & veterans we welcome all. 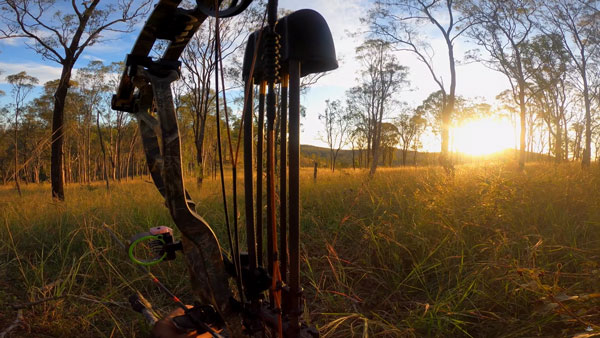 Do you or a loved one enjoy hiking? If so you should check out our sister website and club Hiking Trips Australia. Via their website you can filter through Australia’s best professionally guided hikes and find the perfect one for you or you can check out their awesome hiking club you can get awesome benefits like those listed below: